Think you’re anonymous online? A third of popular websites are ‘fingerprinting’ you.: Our latest privacy experiment tested sites for an invisible form of online tracking that you can’t easily avoid. The Washington Post, October 31, 2019

New ‘unremovable’ xHelper malware has infected 45,000 Android devices. Factory resets aren’t helping. Neither are mobile antivirus solutions. Malware keeps reinstalling itself: Over the past six months, a new Android malware strain has made a name for itself after popping up on the radar of several antivirus companies, and annoying users thanks to a self-reinstall mechanism that has made it near impossible to remove. ZDNet, October 29, 2019

iOS 13.2 tips: Check these security and privacy settings today: If you are the type that is security conscious, here are some steps you should take to lock down an iPhone running iOS 13.2 and iPad running iPadOS 13.2. ZDNet, November 1, 2019 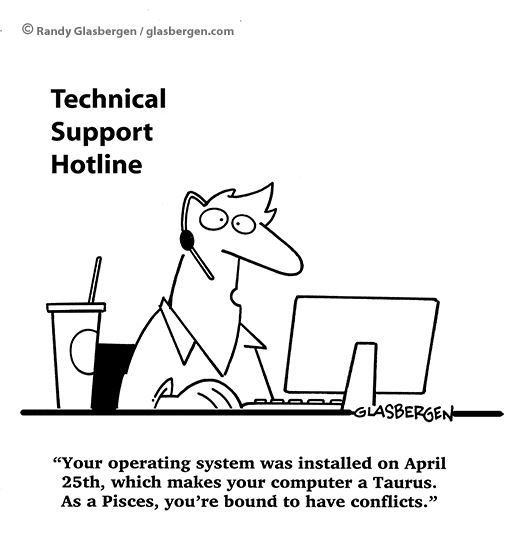 If You Want Cybersecurity, Prepare For Cybercrime: As a cybersecurity professional, I have preached the importance of “prevention, detection and response” for years when it comes to cybersecurity strategy. Twenty years ago, the cybersecurity industry’s main focus was on prevention, which makes sense because as a business or individual, ideally, you want to prevent a cyber breach from happening in the first place. Forbes, October 30, 2019

How PR Teams Can Prepare for Data Breach Risks With Incident Response Planning: If you work in incident response, you’ll recognize this scenario all too well: It’s Friday night and you just started the book you’ve been keen on reading for a couple of weeks when suddenly, you hear your beeper buzzing. The display reads that the security operations center (SOC) escalated a security incident for an intrusion taking place on your company’s customer database. SecurityIntelligence, October 30, 2019

Resources for Measuring Cybersecurity: Without accurate, standardized methods to measure cybersecurity, detecting and deterring cyber threats will continue to be more art than science. This partial attempt will shed light on some of the most pervasive and exciting work that has been and is currently being done. R Street, October 29, 2019

The count of managed service providers getting hit with ransomware mounts. Is your IT Vendor / Managed Service Provider putting you at risk?: When more than 20 local governments in Texas were hit this summer by ransomware in one day. The attack was apparently tracked back to one thing the organizations had in common: a managed service provider. With limited IT resources of their own, local governments have increasingly turned to MSPs to operate significant portions of their networks and applications, as have other organizations and businesses—often placing critical parts of their business operations in the MSPs’ hands. And that has made MSPs a very attractive target to ransomware operators. ars technica, October 30, 2019 #CitadelCanHelp

Raising Security Awareness: Why Tools Can’t Replace People: Training your people and building relationships outside of the security organization is the most significant investment a CISO can make. Dark Reading, November 1, 2019

#ISC2Congress: Cybersecurity Recruitment Is in a Dangerous Crisis: The recruiting methods being used in the cybersecurity industry are so dire that they pose a national security threat. Info Security, November 1, 2019

#ISC2Congress: The Truth Behind the Lack of Women in Cybersecurity: Working environments designed to empower only men are putting women off pursuing cybersecurity careers. Info Security, November 1, 2019

Ransomware: Average Ransom Payout Increases to $41,000: For the third quarter of this year, the average ransom amount paid was $41,198, an increase of 13 percent compared to the second quarter and a nearly six-fold increase from the third quarter of 2018, according to ransomware incident response firm Coveware. The five most-targeted industries in the third quarter were professional services, the public sector, healthcare, software services and retail. BankInfoSecurity, November 1, 2019

Cyber Espionage Hackers Once Again Target Avast: In a dramatic new escalation of cyber espionage activities occurring around the world, hackers now appear to be going after software companies in so-called “supply chain attacks.” The primary goal is to infect as many computers as possible worldwide by going after popular software vendors. The most recent victim of an attempted supply chain attack is multi-billion-dollar Czech antivirus software company Avast, which has more than 435 million users in 68 countries for its popular cybersecurity products. Given the size and scale of Avast’s operations, it’s easy to see why hackers viewed the company as a particularly attractive supply chain attack target. CPO, November 1, 2019

China-backed hackers stole text messages and phone records in push for intelligence, report says: State-backed Chinese hackers were able to hack into telecommunications firms and steal the contents of text messages of “geopolitical interest” to Beijing, according to a new report. CNBC, November 1, 2019

Government officials around the globe targeted for hacking through WhatsApp: WASHINGTON (Reuters) – Senior government officials in multiple U.S.-allied countries were targeted earlier this year with hacking software that used Facebook Inc’s (FB.O) WhatsApp to take over users’ phones, according to people familiar with the messaging company’s investigation. Reuters, October 31, 2019

The Nation of Georgia Cyberattack Terminates TV, Takes Down 15,000 Websites: A “massive” cyber-attack against multiple targets in Georgia has taken place on October 28, as the BBC and other media reported. Forbes, October 29, 2019

Calling election security a “national emergency,” nearly 100 past and current Democratic and Republican lawmakers and other government officials have sent a letter to the Senate calling for passage of stalled legislation: The Thursday letter, presented by the nonprofit group Issue One, which focuses on reducing the role of money in politics and “modernizing elections,” requests the Senate approve five bills covering a range of cybersecurity-related issues. BankInfoSecurity, November 1, 2019

Takeaways from the $566M breach of underground “carding” store BriansClub: Reporting on the exposure of some 26 million stolen credit cards leaked from a top underground cybercrime store highlighted some persistent and hard truths. Most notably, that the world’s largest financial institutions tend to have a much better idea of which merchants and bank cards have been breached than do the thousands of smaller banks and credit unions across the United States. Also, a great deal of cybercrime seems to be perpetrated by a relatively small number of people. KrebOnSecurity, October 29, 2019

One cyber attack can cost major Asian ports $110B. In an “extreme” scenario, a single software virus infecting 15 Asian ports can result in $110 billion estimated losses says new study. 92% of such costs remain uninsured: One single cyber attack has the potential to cost major Asia-Pacific ports upwards of $110 billion in damages, a figure that is equivalent to half of total losses incurred from global natural disasters last year. This can occur in an “extreme” scenario during which a virus infects 15 major ports across Singapore, China, Japan, South Korea, and Malaysia. ZDNet, October 30, 2019

2 Plead Guilty in 2016 Uber and Lynda.com Hacks: Guilty pleas to charges of hacking and an extortion conspiracy cap a legal saga that ensnared the tech companies in data breach scandals. The New York Times, October 30, 2019

Russia Is About to Disconnect From the Internet: What That Means: On Nov. 1, Russia is set to activate a version of the internet that’s walled off from the rest of the world, ostensibly so it can protect itself in the event of a cyber attack. But experts argue the move might do the country more harm than good. PC Magazine, October 31, 2019

A Cybersecurity Firm’s Sharp Rise and Stunning Collapse. Tiversa dominated an emerging online market—before it was accused of fraud, extortion, and manipulating the federal government: Before Robert Boback got into the field of cybersecurity, he was a practicing chiropractor in the town of Sewickley, Pennsylvania, twelve miles northwest of Pittsburgh. He was also selling used cars on eBay and flipping houses purchased at police auctions. The decision to branch out into computers came in 2003, after he watched a “60 Minutes” report by Lesley Stahl about pirated movies. For years, while digital piracy was devastating the music industry, Hollywood had largely been spared; limitations on bandwidth curtailed the online trade in movies. But this was changing, Stahl noted: “The people running America’s movie studios know that if they don’t do something, fast, they could be in the same boat as the record companies.” The New Yorker, October 28, 2019