Patch Tuesday, November 2019 Edition: Microsoft today released updates to plug security holes in its software, including patches to fix at least 74 weaknesses in various flavors of Windows and programs that run on top of it. The November updates include patches for a zero-day flaw in Internet Explorer that is currently being exploited in the wild, as well as a sneaky bug in certain versions of Office for Mac that bypasses security protections and was detailed publicly prior to today’s patches. KrebsOnSecurity, November 12, 2019

The US Federal Trade Commission has sued an IT provider for failing to detect 20 hacking intrusions over a 22-month period, allowing the hacker to access the data of 1 million consumers: Utah-based InfoTrax Systems was first breached in May 2014, when a hacker exploited vulnerabilities in the company’s network that gave remote control over its server, FTC lawyers alleged in a complaint. According to the complaint, the hacker used that control to access the system undetected 17 times over the next 21 months. Then on March 2, 2016, the intruder accessed personal information for about 1 million consumers. The data included full names, social security numbers, physical addresses, email addresses, phone numbers, and usernames and passwords for accounts on the InfoTrax service. ars technica, November 13, 2019

Disney+ Users Accounts Are Being Hacked & Sold Online: Many Disney+ users on social media are saying their accounts are showing unauthorized user profiles. When users are logging into their new Disney+ accounts, they’re finding strange names and extra profiles added to the account. Others have reported that their accounts have been hacked, with their contact email and password changed, blocking them from using their own account. CordCutters, November 15, 2019 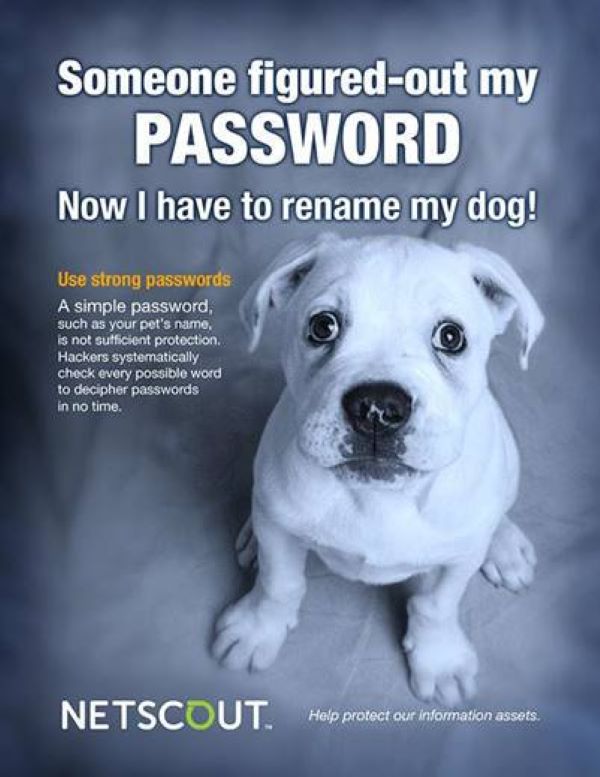 Attackers’ Costs Increasing as Businesses Focus on Security … Based on penetration tests and vulnerability assessments, attackers’ costs to compromise a network increases significantly when security is continuously tested, a report finds: Companies that focus on continuously testing their security through automated means and regular penetration testing roughly double the cost to attackers of finding exploitable vulnerabilities in their systems, according to data from security assessments and red-team engagements collected by crowdsourced security firm Synack. DarkReading, November 15, 2019

Cybersecurity remains the top concern for middle market companies, says Chubb NCMM Report. … Middle market said to be ‘low hanging fruit’ for attackers, lacking budget, skillset, or management experience: Looking ahead at the next 12 months, middle market companies are most concerned with their cybersecurity strength. As businesses become more digital, these organizations believe security risks will increase in the next year, a Chubb and National Center for the Middle Market (NCMM) report found. TechRepublic, November 15, 2019

5 Cybersecurity CISO Priorities for the Future … Seven chief information security officers share their pain points and two-year spending plans: Many chief information security officers view their responsibilities through the National Institute of Standards and Technology’s (NIST) model of Identify, Protect, Detect, Respond, and Recover. There’s been a focus on detecting and responding to endpoint threats over the past few years, yet new priorities are arising: migration to the cloud, new heterogeneous devices, and custom applications, all of which have greatly expanded attack surfaces. Dark Reading, November 14, 2019

The myth of the sophisticated hacker … Sophisticated often gets used as a synonym for “our organization shouldn’t be blamed for missing this.”: On Tuesday, the U.K.’s Labour Party became the latest in a decade-long line of victims to claim they were targeted by a “sophisticated” cyberattack that wasn’t, actually, very sophisticated. AXIOS, November 14, 2019

Embracing GDPR And CCPA To Build Consumer Trust … and Gain Competitive Advantage: Faced with new consumer data privacy laws, including the EU’s General Data Protection Regulation (GDPR) and the California Consumer Privacy Act (CCPA), some data-focused companies have sounded the alarm about what they see as a major disruption to the way they do business. Forbes, November 15, 2019

Cybersecurity Is An Asset, Not A Nuisance … Think about cybersecurity as the brakes on a race car. It’s the brakes that make the speed possible. Without them, the speed would be pure recklessness: We just celebrated National Cybersecurity Awareness Month, but perhaps we should rename it Cybersecurity Action Month. While most businesses know cybersecurity is important, many fall short when it comes to implementing security initiatives — even when there’s knowledge staring them in the face. According to a recent survey from Ponemon Institute, only 42% of respondents have a high level of confidence in their organization’s ability to handle IT security risks. Forbes, November 13, 2019

Cybersecurity: An Organizationwide Responsibility: C-suite execs must set an example of good practices while also supporting the IT department with enough budget to protect the organization from next-generation cyberattacks. DarkReading, November 13, 2019

New phishing email campaign impersonates US postal service to deliver malware: The same threat actor has been observed targeting companies in the US, Italy, and Germany, according to a new report from security provider Proofpoint. TechRepublic, November 14, 2019

How ransomware attacks. A new report reveals what defenders should know about the most prevalent and persistent malware families: More than a decade after it first emerged, is the world any closer to stopping ransomware? NakedSecurity, November 15, 2019

What Is Homomorphic Encryption? And Why Is It So Transformative?: The problem with encrypted data is that you must decrypt it in order to work with it. By doing so, it’s vulnerable to the very things you were trying to protect it from by encrypting it. There is a powerful solution to this scenario: homomorphic encryption. Homomorphic encryption might eventually be the answer for organizations that need to process information while still protecting privacy and security. Forbes, November 15, 2019

Report: Retail Sector Under Cybersecurity Siege. A report by cybersecurity service provider IntSights estimates that organized retail crime costs retailers about $30 billion each year: While those costs include outright theft from retail stores, a significant percentage of those losses are the result of theft of credit card data, said Charity Wright, a cyber threat intelligence advisor for IntSights. SecurityBoulevard, November 15, 2019

A YouTuber With 350,000 Subscribers Was Hacked, YouTube Verified His Hacker: My first interaction with MarcoStyle was him telling me I was wrong. I don’t remember what about Ubisoft’s The Division we were arguing about specifically, but I heard my name come up in his YouTube video about how I had the wrong take on some issue or another in a recent article. Probably the Dark Zone, if I had to guess. Forbes, November 14, 2019

Ransomware attack at Mexico’s Pemex halts work, threatens to cripple computers. Pemex says attack “neutralized” in a timely matter and affected less than 5% of its computers: A ransomware attack hit computer servers and halted administrative work on Monday at Mexican state oil firm Pemex, according to employees and internal emails, in hackers’ latest bid to wring ransom from a major company.Reuters, November 11, 2019

Retailer Orvis.com Leaked Hundreds of Internal Passwords on Pastebin: Orvis, a Vermont-based retailer that specializes in high-end fly fishing equipment and other sporting goods, leaked hundreds of internal passwords on Pastebin.com for several weeks last month, exposing credentials the company used to manage everything from firewalls and routers to administrator accounts and database servers, KrebsOnSecurity has learned. Orvis says the exposure was inadvertent, and that many of the credentials were already expired. KrebsOnSecurity, November 11, 2019

The Cybersecurity 202: States and cities make cybersecurity pledge after Trump administration rejects it: U.S. states and cities are breaking with the federal government and signing onto an international pledge aimed at making cyberspace safer. The Washington Post, November 15, 2019

Cybersecurity expert Alex Stamos on Facebook’s counter-terrorism team and the private-public divide: Alex Stamos rose to fame as the chief security officer for Yahoo and then Facebook. But today he’s the director of Stanford’s Internet Observatory, where he’s immersed in teaching and researching safe tech — and understands better than most the threats that the U.S. is facing, particularly as we sail toward the next U.S. presidential election. TechCrunch, November 14, 2019

We Must Bridge the Gap Between Technology and Policymaking. Our Future Depends on It: Technologists and policymakers largely inhabit two separate worlds. It’s an old problem, one that the British scientist CP Snow identified in a 1959 essay entitled The Two Cultures. He called them sciences and humanities, and pointed to the split as a major hindrance to solving the world’s problems. The essay was influential – but 60 years later, nothing has changed. Schneier on Security, November 12, 2019

How a turf war and a botched contract landed 2 pentesters in Iowa jail: Despite no evidence of criminal intent, Coalfire employees face charges of criminal trespass. ars technica, November 13, 2019

Malware attacks on hospitals are rising fast, and the problem is about to get a lot worse: The healthcare industry stores some of the most sensitive personal information there can be about people: hackers know this and are looking to exploit what they view as an easy target. ZDNet, November 13, 2019

THE TIME TO TACKLE CYBERSECURITY IN SELF-DRIVING CARS IS NOW: In July, U.S. news outlets reported on two significant yet seemingly unrelated tech stories. The first was a data breach at Capital One, where over 100 million users’ sensitive personal information was exposed. The second was about Congress’ efforts in crafting legislation that carefully reviewed the inherent complexities and nuances involved in regulating self-driving cars. Newsweek, November 15, 2019

Orcus RAT Author Charged in Malware Scheme: In July 2016, KrebsOnSecurity published a story identifying a Toronto man as the author of the Orcus RAT, a software product that’s been marketed on underground forums and used in countless malware attacks since its creation in 2015. This week, Canadian authorities criminally charged him with orchestrating an international malware scheme. KrebsOnSecurity, November 13, 2019