Child Abusers Run Rampant as Tech Companies Look the Other Way. Though platforms bar child sexual abuse imagery on the web, criminals are exploiting gaps. Victims are caught in a living nightmare, confronting images again and again: The two sisters live in fear of being recognized. One grew out her bangs and took to wearing hoodies. The other dyed her hair black. Both avoid looking the way they did as children. The New York Times, November 9, 2019

Search warrant overrides 1M users’ choice not to share DNA with cops: Most users opted not to share data with police, who still got it all anyway. ars technica, November 8, 2019

The Government Protects Our Food and Cars. Why Not Our Data? The United States is virtually the only developed nation without a comprehensive consumer data protection law and an independent agency to enforce it: After Apple discovered in June that certain MacBook laptops could overheat, posing a fire hazard, the Consumer Product Safety Commission quickly issued a warning, along with information about consumer burns and smoke inhalation. The New York Times, November 2, 2019

Identity Theft and Credit Card Fraud Statistics for 2019: Considering the kind of damage that identity theft and credit card fraud can do to your life, many consumers want to know just how prevalent these crimes are. Is identity theft becoming more common as criminals get more sophisticated, or are better security measures making it more difficult? Which demographics are at the biggest risk of financial fraud? And how much of an impact do data breaches have? The Ascent, November 7, 2019 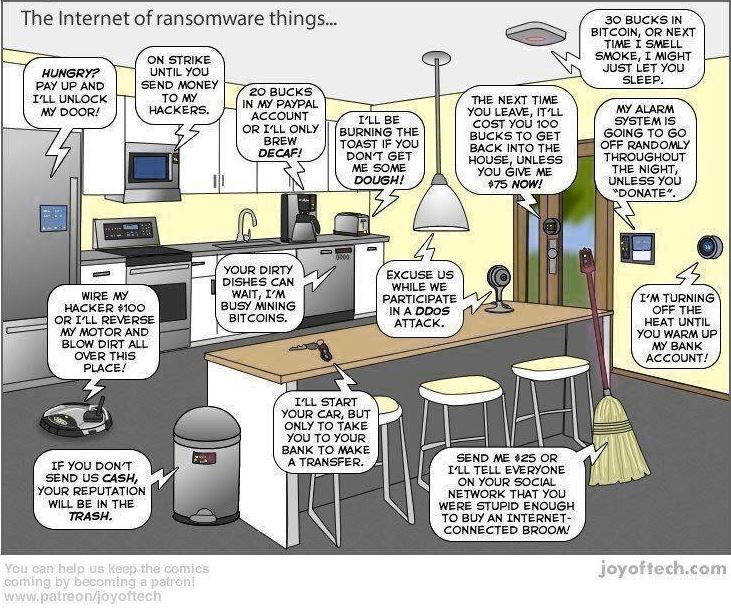 Fewer than 50% of CISOs & Senior Execs are confident their organizations are fully prepared to deal with cyberattacks, says FireEye Report: Only 49% of CISOs and other senior executives are fully confident that their organisation could deal with the fallout of a hacking incident or data breach right now, and most think the threat from cyberattacks will get worse. ZDNet, November 4, 2019

Why CFOs Must be Involved in Cybersecurity: Taking cybersecurity seriously is far from being exclusively an IT department issue. Given the impact that a breach can have on the whole company, it’s critical every department takes some level of responsibility. Yet, this conversation must begin at the boardroom-level as an attack could have negative consequences on customer trust, brand loyalty and shareholder value, putting everything in jeopardy. Moreover, even if the business survives the initial attack, the recovery time could prove to be both long and costly. To help spearhead this charge for increased awareness, the CFO, who manages the financial risk within an organization, can be the supporting voice in the boardroom to champion security. Here are further reasons why having a CFO with some degree of cybersecurity knowledge can better serve the business and its customers. Security Boulevard, November 8, 2019

Do you or your MSP / IT Vendor use ConnectWise? … ConnectWise warns of ongoing ransomware attacks targeting its customers: Hackers are trying to break into on-premise ConnectWise Automate systems and install ransomware on customer networks. ZDNet, November 8, 2019

Defending Against Ransomware: The Growth of Targeted Attacks: The evolution of ransomware attacks continues a trend in which cybercriminals are moving away from mass-volume, opportunistic ransomware attacks and are focusing their efforts on enterprises that they believe will pay their ransoms. To make this even more likely, they are adding focused attack strategies that include deep reconnaissance and targeted payloads, such as pre-selected detection evasion strategies, to ensure their attacks are particularly effective and damaging to the enterprises being targeted. SecurityMagazine, November 7, 2019

GDPR Is More Than a Legislation, It’s a Cultural Shift: The General Data Protection Regulation (GDPR) marked a stake in the ground when it comes to data privacy, redefining our understanding of the value of the data organizations hold on us as citizens as well as what should be done to protect it. The legislation has been in effect for more than a year. The fines generated under it are not only reaching high sums but the frequency of organizations being fined is also on the rise, from tech industry giants, such as Google, which was hit with a 50 million euro fine by the French government for lacking sufficient transparency in some data gathering practices (the company is appealing), to smaller more specific violations, such as a Polish data processing firm which faced a 220,000 euro penalty for dubious marketing initiatives. Other instances are even more emotive, with a Portuguese hospital being fined 400,000 euros for allowing its staff to illegally access patient records. Most recently we’ve seen British Airways hit with a £183 million fine and Marriott nearly £100 million from the Information Commissioner’s Office (ICO). CPO, November 7, 2019

Cybersecurity Success Rule No. 1: Prioritize Culture Change: The one factor with the biggest impact on any organization’s digital transformation efforts – regardless of the organization’s size or sector – is the ability to change its privacy, cybersecurity and IT culture, says Stephen Owen, CISO of Bourne Leisure Group. BankInfoSecurity, November 8, 2019

The CCPA Is Coming and So Are Data Breach Class Actions: Companies that do business in California can expect to see class action litigation if they become the victim of a data breach, but showing a good cybersecurity posture and implementing arbitration agreements may be the best defense. Law.com, November 8, 2019

This new initiative aims to make cybercrime harder – and riskier – to commit: Many facts and figures are published on an almost daily basis in an effort to describe the constantly changing threats to our online world. These can often be overwhelming and paint such a picture of doom that the general public, and businesses, have become almost immune to their message. WeForum, November 7, 2019

FBI Warns Of Cyber Threat From China Threatening US Security: Report: The FBI has warned that an “uptick” in counterintelligence campaigns from China could threaten the economic and national security of the United States. Epoch Timees, November 8, 2019

The Cybersecurity 202: Swing state election websites aren’t secure against Russian hacking, McAfee says: County election websites in two battleground states are highly vulnerable to hacking by Russia or another adversary that might seek to disrupt the 2020 vote by misleading voters about polling locations or spreading other false information. The Washington Post, November 8, 2019

The National Guard’s new job? Dealing with ransomware: Responding to ransomware across states is a new mission for the National Guard and it doesn’t show signs of going away anytime soon. Fifth Domain, November 6, 2019

After crippling ransomware attack, Baltimore council members look for answers: By about 3:30 a.m. on that May morning, it was clear something was very wrong in Baltimore. Baltimore Sun, November 6, 2019

The financial industry just finished its annual ‘doomsday’ cybersecurity exercise — here’s the global scenario they imagined: The Securities Industry and Financial Markets Association holds the fifth in a series of exercises meant to simulate a catastrophic cybersecurity event in the banking sector, known as “Quantum Dawn.” CNBC, November 7, 2019

Can GDPR handle blockchain’s privacy problem?: GDPR has been designed to apply to any technology, but it has real difficulties reconciling with blockchain. ITProPortal, November 8, 2019

Study: Ransomware, Data Breaches at Hospitals tied to Uptick in Fatal Heart Attacks: Hospitals that have been hit by a data breach or ransomware attack can expect to see an increase in the death rate among heart patients in the following months or years because of cybersecurity remediation efforts, a new study posits. Health industry experts say the findings should prompt a larger review of how security — or the lack thereof — may be impacting patient outcomes. KrebsOnSecurity, November 7, 2019

Saudi Arabia reportedly paid Twitter employees to spy on users. Cybersecurity experts say insider spying is an issue that goes beyond Twitter: US federal prosecutors have charged two former Twitter employees with spying on users on behalf of Saudi Arabia’s government — and experts warn that it could happen again. Business Insider, November 7, 2019

Malware Attack on Administrative Systems at India’s Kudankulam Nuclear Power Plant Thought to Be Connected to North Korea: A malware attack on India’s largest nuclear power plant appears to have been perpetrated by a North Korean state-sponsored hacking group. The attackers did not gain access to the plant controls, but did have access to the network used for administrative functions and may have exfiltrated sensitive information from it. CPO, November 7, 2019