Cybersecure SoCal 2019 Cybersecurity is a Team Sport!
… a joint presentation of SecureTheVillage and the Pepperdine Graziadio Business School’s CyRP Program

I hear and I forget. I see and I remember. I do and I understand. … Confucius

How to Set Your Google Data to Self-Destruct: Google has now given us an option to set search and location data to automatically disappear after a certain time. We should all use it. The New York Times, October 2, 2019

WhatsApp vulnerability could compromise Android smartphones: A researcher has released details of a WhatsApp remote code execution (RCE) flaw it is claimed could be used to compromise not only the app but the mobile device the app is running on. NakedSecurity, October 4, 2019

The New Unpatchable iPhone Exploit That Allows Permanent Jailbreak Is a Game-Changer for Mobile Security: Apple’s handling of device security has always been one of the company’s strongest selling points. A new iPhone exploit that allows anyone with physical access to a phone to permanently jailbreak it has changed everything. While the exploit does not compromise Apple’s most recent phones (or likely any going forward), all existing devices from 2011’s iPhone 4S to the more recent iPhone X are now permanently vulnerable and can only be fixed by returning the device to Apple for a hardware adjustment. All of the iPads are vulnerable, including the one just released last week, along with nearly all of the Apple TV models. CPO, October 4, 2019

Buying a new laptop? Here’s how to secure it: October is National Cybersecurity Awareness Month (NCSAM) and this year’s theme of ‘Own IT. Secure. IT. Protect IT.’ aims to encourage personal accountability for security. Computer security is a broad and complex subject but the truth is that criminals like low-hanging fruit and getting the basics right affords you an awful lot of protection. NakedSecurity, October 4, 2019

“Words with Friends” user? Change your password after data breach. Remember: Passwords need to be long, complex, and unique: Around 200 million players of the popular Words With Friends and Draw Something games from Zynga have had their accounts’ information stolen by “outside hackers,” as the company describes. While your linked credit cards and any other methods you use to buy stuff within Zynga’s games appears to be safe so far, your logins might have been compromised. LifeHacker, October 2, 2019 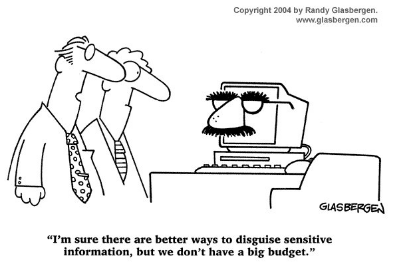 Survey of Risk Managers Suggests Ransomware Threat Broadening Perceptions of Cyber Risks. Increased Attention Being Given Protecting to Enterprises From Business Interruption: Corporate risk managers are increasingly focusing on protecting their enterprises from business interruption after a series of ransomware attacks on government agencies highlighted the peril of losing access to their computer networks, according to a survey released by Zurich Insurance and Advisen on Thursday. ClaimsJournal, October 3, 2019

10 Cybersecurity Myths That Criminals Love: Amid the complexity of cybersecurity and the secrecy of criminal hackers, security threats have acquired an aura of mysticism, giving rise to enduring legends, rumors, misperceptions and outright myths. In the cybersecurity space, these myths are almost always damaging. Watching from the murky underworld, attackers can find the people and businesses that believe these myths, then they strike. SecurityBoulevard, October 3, 2019

Is Your IT Vendor / MSP Putting You in Danger? … ‘Pandemic Crisis’ Of MSP Ransomware Attacks Will Grow In 2020, Experts Say: Despite a bruising year for MSPs, ransomware attacks against solution providers, their tools and their customers, are only expected to grow in 2020, leading cybersecurity experts said. CRN, October 4, 2019

Microsoft will continue providing Windows 7 security updates for SMBs … for a fee, of course: According to the latest Alert Logic’s research, most devices in small and midsize businesses (SMBs) run Windows versions that are expired or are about to expire soon. HelpNetSecurity, October 3, 2019

How to protect your organization against insider threats: Whether intentionally or unintentionally, employees can pose a significant security risk to company data, according to a new report from data protection firm Code42. TechRepublic, October 3, 2019

Inside Cybersecurity: The Vulnerabilities and Opportunities – KWHS: A while back Phalguni Miraj, a high school sophomore in New Jersey, was working on a school assignment in Google Drive. When he logged in, he was redirected to random tabs urging him to click in exchange for financial rewards. Miraj immediately closed the tabs, but wondered what had lurked behind them. “I was curious about how I could protect my computer’s security and the information stored in it. However, I still felt vulnerable,” he says. KWHS, October 2, 2019

Why Humans Are a Growing Target for Cyberattacks — And What to Do About It: Let’s talk about the “people problem.” Cybersecurity defenses and cyberattack methods are evolving rapidly, but human beings, not so much. This is why nearly all cyberattacks are now based on exploiting human nature. SecurityIntelligence, October 2, 2019

10 Do’s and Don’ts for Writing a Winning Cybersecurity Resume: Is a cybersecurity degree worth it? The answer is yes, but it also depends on who’s asking. Higher education could be a profitable pathway, especially if you’re already a student. However, school isn’t the only way to get your foot in the door. You can land a job in cybersecurity with a curious mindset and a solid cybersecurity resume. SecurityIntelligence, October 4, 2019

DHS official: Lack of cyber talent is a “national security threat”: One of the most senior officials tasked with protecting U.S. critical infrastructure says that the lack of security professionals in the U.S. is one of the leading threats to national cybersecurity. Techcrunch, October 3, 2019

Own IT. Secure IT. Protect IT. … October is National Cybersecurity Awareness Month: Internet-enabled crimes and cyber intrusions are becoming increasingly sophisticated and preventing them requires each and every user of a connected device to be aware and on guard. FBI, October 1, 2019

A Race to the Bottom of Privacy Protection: The US-UK Deal Would Trample Cross Border Privacy Safeguards: Last year, we warned that the passage of the Clarifying Lawful Overseas Use of Data (CLOUD) Act would weaken global privacy standards, opening up the possibility of more permissive wiretapping and data collection laws. Today’s announcement of the U.S.-UK Agreement is the first step in a multi-country effort to chip away at privacy protections in favor of law enforcement expediency. EFF, October 4, 2019

Hackers Use Botnet to Launch Widespread Phishing Attack on Crypto Wallets: With millions of dollars of cryptocurrency stolen from crypto wallets every year, security researchers were surprised to find one active botnet being sold for about $160. Coindesk, October 3, 2019

Fraudsters Used AI to Mimic CEO’s Voice in Unusual Cybercrime Case: Criminals used artificial intelligence-based software to impersonate a chief executive’s voice and demand a fraudulent transfer of €220,000 ($243,000) in March in what cybercrime experts described as an unusual case of artificial intelligence being used in hacking. Wall Street Journal, August 30, 2019

How I Helped Hack Democracy … From the book MINDF*CK: Cambridge Analytica and the Plot to Break America, by Christopher Wylie: At first, it was the most anticlimactic project launch in history. Nothing happened. Five, ten, fifteen minutes went by, and people started shuffling around in anticipation. “What the f-ck is this?” Cambridge Analytica’s CEO, Alexander Nix, barked. “Why are we standing here?” Intelligencer, October 4, 2019

Iranian Hackers Target Trump Campaign as Threats to 2020 Mount: The 2020 presidential election is still 13 months away, but already Iranians are following in the footsteps of Russia and have begun cyberattacks aimed at disrupting the campaigns. The New York Times, October 4, 2019

Attacks on Multiple Airbus Suppliers Demonstrate a Need for Renewed Focus on Supply Chain Cyber Security: The supply chain has become one of the most popular vectors for attackers looking to compromise an enterprise-scale company. Vendors often have access to the company’s sensitive data, or have enough access to their network to provide an opening that allows for privilege escalation. European aerospace company Airbus has found itself on the receiving end of a particularly large coordinated attack on its vendors over the past 12 months. With evidence pointing to a nation-state attacker, this case demonstrates why it is necessary for smaller companies to take supply chain cyber security just as seriously as their larger partners. CPO, October 4, 2019

Mariposa Botnet Author, Darkcode Crime Forum Admin Arrested in Germany: A Slovenian man convicted of authoring the destructive and once-prolific Mariposa botnet and running the infamous Darkode cybercrime forum has been arrested in Germany on request from prosecutors in the United States, who’ve recently re-indicted him on related charges. KrebsOnSecurity, October 1, 2019