Patch Tuesday, September 2019 Edition: Microsoft today issued security updates to plug some 80 security holes in various flavors of its Windows operating systems and related software. The software giant assigned a “critical” rating to almost a quarter of those vulnerabilities, meaning they could be used by malware or miscreants to hijack vulnerable systems with little or no interaction on the part of the user. KrebsOnSecurity, September 10, 2019

Android users hit by ‘Joker’ malware: Check your credit card bills: This new Android malware may be the most twisted yet. Mashable, September 10, 2019 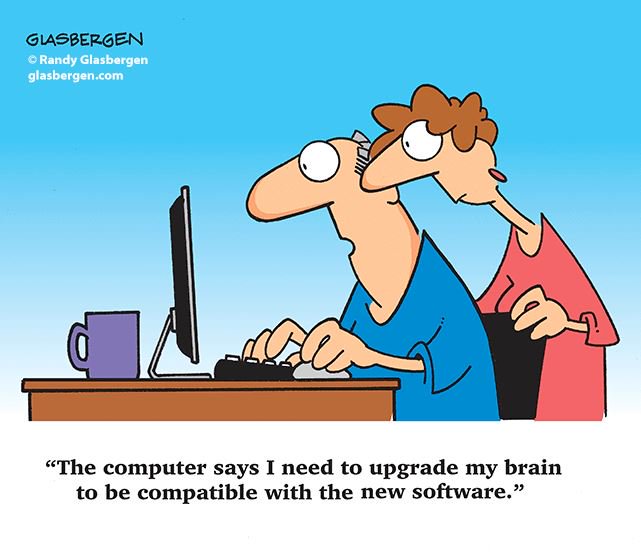 How Cybersecurity Leaders Can Best Navigate the C-Suite: Recent data breaches at companies like British Airways and Capital One have made it more evident than ever before that cybersecurity leaders must prepare for a staggering amount of potential threats. Credential stuffing, account takeovers, and insider threats are all vectors of attack that could potentially devastate a business. But without the C-suite’s support, it’s impossible for cybersecurity leaders to effectively plan for and defend against these threats. CPO, September 13, 2019

Taking a Fresh Look at Security Ops: 10 Tips: Maybe you love your executive team, your security processes, tools, or strategy. Maybe you hate them. Whatever the situation, it’s likely at some point that things will have changed. DarkReading, September 13, 2019

Is your IT Vendor / MSP Putting You at Risk? Part 1 … The New Target That Enables Ransomware Hackers to Paralyze Dozens of Towns and Businesses at Once: Cybercriminals are zeroing in on the managed service providers that handle computer systems for local governments and medical clinics. ProPublica, September 12, 2019

Is Your IT Vendor / MSP Putting You at Risk? Part 2 … ‘This Can’t Be Happening’: One MSP’s Harrowing Ransomware Story: Cybersecurity guru Brian Krebs tells CRN that MSPs and cloud providers are being targeted because the bad actors have learned to count on them for weak, unpatched networks. ‘Who is vetting these providers? Who is asking if they’re doing things right? On a lot of occasions, they’re not.’ CRN, September 11, 2019

5 Things You Can Do After a Data Breach to Help Mitigate Cost: Protecting against a data breach is increasingly a complex problem for organizations — and the average cost of a data breach continues to rise, up to an average of $3.92 million in 2019 for those surveyed, according to the most recent “Cost of a Data Breach Report,” conducted by the Ponemon Institute on behalf of IBM Security. Although protection is an essential part of cybersecurity, the odds of a breach are also rising. This can put pressure on security teams to have a plan to respond to what seems like an inevitability: that a breach will occur. SecurityIntelligence, September 12, 2019

8 Types Of Ransomware Attacks You Need To Know About: Here’s a look at how everything from database encryption to geofencing and stealer malware to Ransomware-as-a-Service platforms have led to new and emerging types of ransomware attacks. CRN, September 12, 2019

Cybersecurity: 99% of email attacks rely on victims clicking links: Social engineering is by far the biggest factor in malicious hacking campaigns, warn researchers – so how can it be stopped? ZDNet, September 9, 2019

Baltimore acknowledges for first time that data was destroyed in ransomware attack: Baltimore’s auditor said Wednesday that the city’s information technology department lost performance data when hackers locked city files in May — the first disclosure of data being destroyed in the attack. The Baltimore Sun, September 11, 2019

NY Payroll Company Vanishes With $35 Million: MyPayrollHR, a now defunct cloud-based payroll processing firm based in upstate New York, abruptly ceased operations this past week after stiffing employees at thousands of companies. The ongoing debacle, which allegedly involves malfeasance on the part of the payroll company’s CEO, resulted in countless people having money drained from their bank accounts and has left nearly $35 million worth of payroll and tax payments in legal limbo. KrebsOnSecurity, September 11, 2019

North Korean Spear-Phishing Attack Targets U.S. Firms: Researchers warn that U.S. firms are being targeted with legitimate – but trojanized – documents that are often socially engineered to a tee. ThreatPost, September 13, 2019

Why Companies Are Forming Cybersecurity Alliances: In the physical world, governments are responsible for keeping citizens and corporations safe from enemies. The digital world, so far, has been a little different. When it comes to cybersecurity and cyber attacks, most governments have spent much more time increasing their offensive capabilities than protecting companies and individuals. HBR, September 11, 2019

Episode 277: Bankrupting National Security? Stewart Baker Speaks with Camille Stewart: Camille Stewart talks about a little-known national security risk: China’s propensity to acquire US technology through the bankruptcy courts and the many ways in which the bankruptcy system isn’t set up to combat improper tech transfers. Published by the Journal of National Security Law & Policy, Camille’s paper is available here. Camille has enjoyed great success in her young career working with the Transformative Cyber Innovation Lab at the Foundation for Defense of Democracies, as a Cybersecurity Policy Fellow at New America, and as a 2019 Cyber Security Woman of the Year, among other achievements. We talk at the end of the session about life and advancement as an African American woman in cybersecurity. Steptoe Cyberblog, September 9, 2019

Full Court Press: Preventing Foreign Adversaries from Exfiltrating National Security Technologies Through Bankruptcy Proceedings. Foundation for Defense of Democracies: While an important part of US innovation and culture, bankruptcy proceedings have nonetheless become a unique avenue through which foreign adversaries are able to acquire sensitive US national security technologies and intellectual property. Through a detailed analysis of the current gaps in federal regulations governing foreign investment and bankruptcy proceedings in the US, Camille Stewart provides the reader an in-depth look into exactly how foreign companies have been able to circumvent these US foreign investment regulations. Camille Stewart, FDD, August 5, 2019

Secret Service Investigates Breach at U.S. Govt IT Contractor: The U.S. Secret Service is investigating a breach at a Virginia-based government technology contractor that saw access to several of its systems put up for sale in the cybercrime underground, KrebsOnSecurity has learned. The contractor claims the access being auctioned off was to old test systems that do not have direct connections to its government partner networks. KrebsOnSecurity, September 9, 2019

The Cybersecurity 202: Even conservative Democrats are savaging GOP over election security: A group of centrist House Democrats that usually aims for bipartisanship is coming out swinging against Senate Majority Leader Mitch McConnell (R-Ky.) and other Republicans for blocking election security legislation. The Washington Post, September 13, 2019

The Cybersecurity 202: How state election officials are contributing to weak security in 2020: It’s not just a question of paper ballots. The offices charged with administering elections across the country are falling short on a slew of basic cybersecurity measures that could make the 2020 contest far more vulnerable to hacking, according to a report out this morning. The Washington Post, September 10, 2019

GDPR’s Big Moment Has Just Arrived – With a $228 Million Data Breach Fine Levied on British Air: Just over a year after the EU’s GDPR came into force, we’ve reached a landmark moment: the first large-scale penalty has been announced, with British Airways facing a fine of £183 million (on the day the fine was announced, equivalent to just short of $228 million) for a data breach disclosed by the company in Sept 2018. CPO, September 12, 2019

CCPA: California Legislature Passes Amendments To Data Breach Notification And Information Security Statutes: Key Point: If signed by the Governor, the legislation will expand the types of personal information covered by the CCPA’s provision authorizing private litigants to seek statutory damages of between $100 and $750, per consumer per incident, for data breaches. JDSupra, September 13, 2019

Here Comes America’s First Data Privacy Law: What the CCPA Means for Businesses and Consumers: http://ow.ly/SrJG30px9hH. Friday, Sept. 13, marks the end of California’s legislative calendar and, with it, the last opportunity for the tech industry to halt the California Consumer Protection Act (CCPA), a landmark privacy law set to go in effect next year. Despite a major lobbying push by Silicon Valley, the effort has fallen short, which means come the new year, Californians—and all Americans, really—will begin enjoying a broad new set of privacy rights. Fortune, September 13, 2019

FBI Arrests Hundreds in Global Business Email Compromise Schemes: The FBI announced this week that it has arrested hundreds of cyber criminals both in the United States and internationally in a large-scale, coordinated operation to tackle international business email compromise (BEC) schemes. Meritalk, September 13, 2019