I Shared My Phone Number. I Learned I Shouldn’t Have: Our personal tech columnist asked security researchers what they could find out about him from just his cellphone number. Quite a lot, it turns out. The New York Times, August 15, 2019

The GDPR Is A Wide Open Vulnerability For Identity Fraud And Scams: We’ve spent the last year and a half or so pointing out that, while it may have been well-intentioned, there are all sorts of consequences — whether intended or not — to the EU’s General Data Protection Regulation (GDPR), including giving more power to the giant internet companies (when many argued the GDPR was necessary to curb their power), censorship of media, and a way for the rich and famous to harass people. But, of course, some might argue that those are worthy trade-offs if it did a better job protecting people’s privacy. TechDirt, August 16, 2019

Popular Windows Password Manager Flaws Revealed, Update Now Warning Issued: Researchers at SafeBreach have disclosed vulnerabilities in a popular password manager that could if the circumstances are right, enable a privilege escalation attack by a malicious actor. Forbes, August 15, 2019

Patch Tuesday, August 2019 Edition: Most Microsoft Windows (ab)users probably welcome the monthly ritual of applying security updates about as much as they look forward to going to the dentist: It always seems like you were there just yesterday, and you never quite know how it’s all going to turn out. Fortunately, this month’s patch batch from Redmond is mercifully light, at least compared to last month. KrebsOnSecurity, August 13, 2019 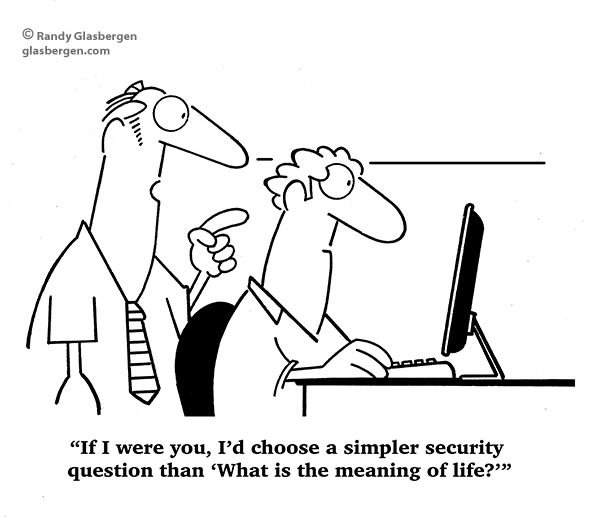 Compliance Is Not Security: Why You Need Cybersecurity Chops In The Boardroom: Cybersecurity is now a topic of discussion in every boardroom. A diligent director takes this risk, and their fiduciary duty around it, seriously. But the risk is complex and technical, and most boards don’t have a cybersecurity expert on the list of directors. Forbes, August 15, 2019

Cybersecurity is a Team Sport: Identify a security framework that everyone on the team can work toward with a particular security control in mind, then measure success with this useful tool. CSO, August 13, 2019

The Ransomware Scourge That Threaten Today’s City Governments and Other Organizations …. And Basic Defense Steps: There are security steps all organizations can implement to better prepare for these types of cyberattacks. Security Infowatch, August 16, 2019

Eight Ways To Encourage Cybersecurity Compliance Among Employees: For most modern organizations, cybersecurity has become a top priority. From basic protocols like firewalls and two-factor authentication to restricted administrative and network access, companies are taking steps toward tighter security in order to avoid becoming the next victim of a corporate data breach. Forbes, August 16, 2019

CCPA Legislative Update: What’s Next: Ever since the California Consumer Privacy Act (the “CCPA”) was adopted in 2018, various constituencies have lobbied for revisions. While multiple proposals were considered in the California legislature, only a few have a chance for passage and enactment. Last month, the California Senate Judiciary Committee passed several amendments to the CCPA, and we now have a better idea as to what amendments are likely to be adopted. The bills head now to the Appropriations Committee and then to the full state Senate. Here are the important highlights: Robert Braun, Cybersecurity Lawyer Forum, JMBM, August 9, 2019

What Happens Next After the Massive Capital One Data Breach: While large-scale corporate data breaches are now the norm rather than the exception, the recent Capital One data breach stands out for its size, with over 100 million affected individuals in the United States and Canada. That alone makes the data breach one of the biggest ever. Throw in the fact that the hacker behind the Capital One data breach managed to walk away with over 140,000 Social Security numbers; 1 million Canadian Social Insurance numbers; and linked bank account numbers for over 80,000 credit card customers and you can start to see why class action lawsuits are appearing all over against Capital One. Based on available evidence, Capital One appears to have been negligent in its handling of very sensitive personal information. That, in turn, is leading to a lot of serious questions being asked about what happens next after this massive Capital One data breach. CPO, August 15, 2019

Prosecutors Allege Capital One Suspect Stole From Many Others: New Court Documents Describe What Was Found on Her Servers. BankInfoSecurity, August 15, 2019

iNSYNQ Ransom Attack Began With Phishing Email: A ransomware outbreak that hit QuickBooks cloud hosting firm iNSYNQ in mid-July appears to have started with an email phishing attack that snared an employee working in sales for the company, KrebsOnSecurity has learned. It also looks like the intruders spent roughly ten days rooting around iNSYNQ’s internal network to properly stage things before unleashing the ransomware. iNSYNQ ultimately declined to pay the ransom demand, and it is still working to completely restore customer access to files. KrebsOnSecurity, August 9, 2019

Meet Bluetana, the Scourge of Pump Skimmers: “Bluetana,” a new mobile app that looks for Bluetooth-based payment card skimmers hidden inside gas pumps, is helping police and state employees more rapidly and accurately locate compromised fuel stations across the nation, a study released this week suggests. Data collected in the course of the investigation also reveals some fascinating details that may help explain why these pump skimmers are so lucrative and ubiquitous. KrebsOnSecurity, August 14, 2019

3,813 breaches were reported through June 30, exposing over 4.1 billion records. The number of reported breaches has gone up by 54% and the number of exposed records by 52% compared to the first six months of 2018: The research shows that eight breaches reported within Q1 and Q2 of 2019 accounted for 3.2 billion records exposed; three of these being among the largest breaches of all time. HelpNetSecurity, August 16, 2019

Trump Administration Asks Congress to Reauthorize N.S.A.’s Deactivated Call Records Program: The White House is seeking reauthorization of a law that lets the N.S.A. gain access to logs of Americans’ phone and text records — while acknowledging that the program has been indefinitely halted. The New York Times, August 15, 2019

America faces a voting security crisis in 2020. Here’s why – and what officials can do about it: A Q&A with cybersecurity pros, including an expert whose team once hacked into an internet voting system in 48 hours. Politico, August 16, 2019

Ex-CIA chief worries campaigns falling short on cybersecurity: Democratic 2020 presidential campaigns say they are working to boost their cybersecurity, but experts worry those efforts may not be enough. The Hill, August 14, 2019

8 Ways to Stay Ahead of Influence Operations. With election meddling inevitable in 2020, the United States needs a powerful kill chain: Influence operations are elusive to define. The Rand Corp.’s definition is as good as any: “the collection of tactical information about an adversary as well as the dissemination of propaganda in pursuit of a competitive advantage over an opponent.” Basically, we know it when we see it, from bots controlled by the Russian Internet Research Agency to Saudi attempts to plant fake stories and manipulate political debate. These operations have been run by Iran against the United States, Russia against Ukraine, China against Taiwan, and probably lots more besides. Schneier On Security, August 12, 2019

For the C-Suite: Managing Your Company’s Information Security & Privacy Risk
Culver City Chamber of Commerce
August 29 @ 8:00 am – 11:30 am