Equifax data breach: How to claim $125 right now in the FTC settlement: You can file a claim right now to get $125 as part of the $700 million settlement reached between Equifax and the FTC. Cnet, July 27, 2019

What You Should Know About the Equifax Data Breach Settlement: Big-three credit bureau Equifax has reportedly agreed to pay at least $650 million to settle lawsuits stemming from a 2017 breach that let intruders steal personal and financial data on roughly 148 million Americans. Here’s a brief primer that attempts to break down what this settlement means for you, and what it says about the value of your identity. KrebsOnSecurity, July 23, 2019

Mobile malware attacks are booming in 2019: These are the most common threats: Researchers at Check Point warn of a 50% increase in cyberattackers targeting smartphones compared with last year. ZDNet, July 25, 2019

Complete Personal Fraud Kits Sell for Less Than $40 on Dark Web: The low cost of records reflects the huge supply of PII after many breaches at hospitals, government agencies, and credit bureaus. Dark Reading, July 26, 2019 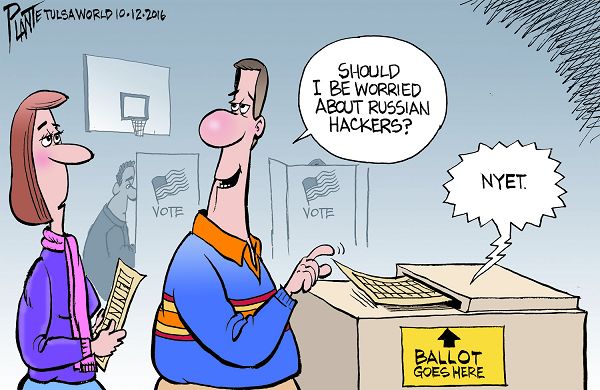 66% of SMBs don’t believe they are vulnerable to cyberattacks: SMBs aren’t prioritizing cybersecurity prevention strategies, even though they are at risk of attack, according to a Keeper Security report. TechRepublic, July 26, 2019

This Is What Experts Say Will Turn the Tide Against Increasing Cyberthreats: Despite the $124 billion that Gartner estimated organizations would spend fending off cyberthreats this year, the frequency and severity of incidents continues to grow. A report by Nominet found that the majority of chief information security officers (CISOs) lack the necessary resources to defend their organizations. And an informal survey of 22 industry executives, chief technology officers (CTOs), security analysts and independent security experts last year by SiliconAngle found unanimous agreement that the cybersecurity problem is getting worse. SecurityIntellegence, July 25, 2019

Universities are expanding cybersecurity education to meet broad demand. Global cybersecurity workforce shortage projected to reach upwards of 1.8 million unfilled positions by 2022: The cybersecurity needs of organizations are becoming more interdisciplinary and, according to experts, so are the educational programs that prepare students for careers in the emerging field. ed scoop, July 26, 2019

In rare bipartisan mood, House passes anti-robocall bill by 429 – 3 vote in major crackdown on spam calls: The scourge of robocalls is one step closer to being eradicated. Fox, July 26, 2019

Privacy Group Files Legal Challenge to Facebook’s $5 Billion F.T.C. Settlement: A prominent public interest research group is challenging the Federal Trade Commission’s $5 billion privacy settlement with Facebook in court, calling it an unjustified victory for the tech giant and a bad deal for hundreds of millions of consumers who depend on its services. The New York Times, July 26, 2019

Louisiana Gov Declares Emergency After Cyberattacks Plague Schools: Attacks on at least three school districts and likely others have prompted the state’s first emergency due to cyberattack. ThreatPost, July 26, 2019

Ransomware Attack List: Cities, Municipalities and Government Agencies – MSSP Alert: Ransomware attacks have hit at least 170 county, city, or state government systems since 2013, and 22 of those attacks occurred in the first half of 2019, according to The U.S. Conference of Mayors. We’re checking to see if those malware attack statistics represent U.S. or global figures. MSSP, July 25, 2019

Ransomware: Why cities have become such a big target for cyberattacks – and why it’ll get worse: A number of US cities have paid ransoms of hundreds of thousands of dollars after getting caught out by hackers — and if the business model is working, cybercriminals will keep exploiting it. ZDNet, July 24, 2019

Very sophisticated cyber attack hits hyper-secure email system used by journalists and others probing Russian intelligence: One of the world’s most secure email services has been caught up in a sophisticated cyber attack aimed at investigative journalists and other experts who are probing Russian intelligence activities. Financial Times, July 26, 2019

Security firm purposely releases flawed blockchain into the wild to help educate hackers: Despite their supposed security, there are still many exploitable vulnerabilities that can compromise a blockchain. But one security firm thinks it can fix that, and it believes the key to developing more secure blockchains is to start with a really insecure one. The Next Web, July 26, 2019

NSA Launches Cybersecurity Arm To Defend The U.S. From Foreign Adversaries: The National Security Agency (NSA) has announced its intention to create a cybersecurity directorate this fall in a bid to defend the U.S. against foreign adversaries. It comes at a time of increasing election interference by foreign nations such as Russia as part of an ongoing strategy to destabilize the West. Forbes, July 24, 2019

Russia’s Secret Intelligence Agency Hacked: ‘Largest Data Breach In Its History’: Red faces in Moscow this weekend, with the news that hackers have successfully targeted FSB—Russia’s Federal Security Service. The hackers managed to steal 7.5 terabytes of data from a major contractor, exposing secret FSB projects to de-anonymize Tor browsing, scrape social media, and help the state split its internet off from the rest of the world. The data was passed to mainstream media outlets for publishing. Forbes, July 20, 2019

States Rush to Make Voting Systems More Secure as New Threats Emerge: Amid growing warnings about the security of American voting systems, many states are rushing to address vulnerabilities exposed by the 2016 election, even as intelligence officials worry they are fighting the last battle and are not sufficiently focused on a new generation of threats headed into 2020. The New York Times, July 26, 2019

The Unsexy Threat to Election Security: Much has been written about the need to further secure our elections, from ensuring the integrity of voting machines to combating fake news. But according to a report quietly issued by a California grand jury this week, more attention needs to be paid to securing social media and email accounts used by election officials at the state and local level. KrebsOnSecurity, July 25, 2019

Russia Targeted Election Systems in All 50 States, Report Finds: WASHINGTON — The Senate Intelligence Committee concluded Thursday that election systems in all 50 states were targeted by Russia in 2016, an effort more far-reaching than previously acknowledged and one largely undetected by the states and federal officials at the time. The New York Times, July 25, 2019

Russians are still meddling in US elections, Mueller said. Is anybody listening?: The biggest takeaway from Robert Mueller’s appearances on Capitol Hill is not that Donald Trump may have obstructed justice, although that’s what most people continue to argue about. CNN, July 25, 2019

Neo-Nazi SWATters Target Hundreds Including Dozens of Journalists: Nearly three dozen journalists at a broad range of major publications have been targeted by a far-right group that maintains a Deep Web database listing the personal information of people who threaten their views. This group specializes in encouraging others to harass those targeted by their ire, and has claimed responsibility for dozens of bomb threats and “swatting” incidents, where police are tricked into visiting potentially deadly force on the target’s address. KrebsOnSecurity, July 24, 2019

Briton who helped stop 2017 WannaCry virus spared jail over malware charges: The British computer expert who helped shut down the WannaCry cyberattack on the NHS said he is “incredibly thankful” after being spared jail in the US for creating malware. The Guardian, July 25, 2019