Don’t Let Encrypted Messaging Become a Hollow Promise: Why do we care about encryption? Why was it a big deal, at least in theory, when Mark Zuckerberg announced earlier this year that Facebook would move to end-to-end encryption on all three of its messaging platforms? We don’t just support encryption for its own sake. We fight for it because encryption is one of the most powerful tools individuals have for maintaining their digital privacy and security in an increasingly insecure world. EFF, July 19, 2019

Synthetic identity theft is the fastest-growing financial crime in the U.S.: A new kind of identity theft that combines stolen personal data with fabricated information is on the rise, and it’s helping more digital thieves ruin Americans’ credit without fear of detection, according to a new white paper from the U.S. Federal Reserve. CyberScoop, July 10, 2019 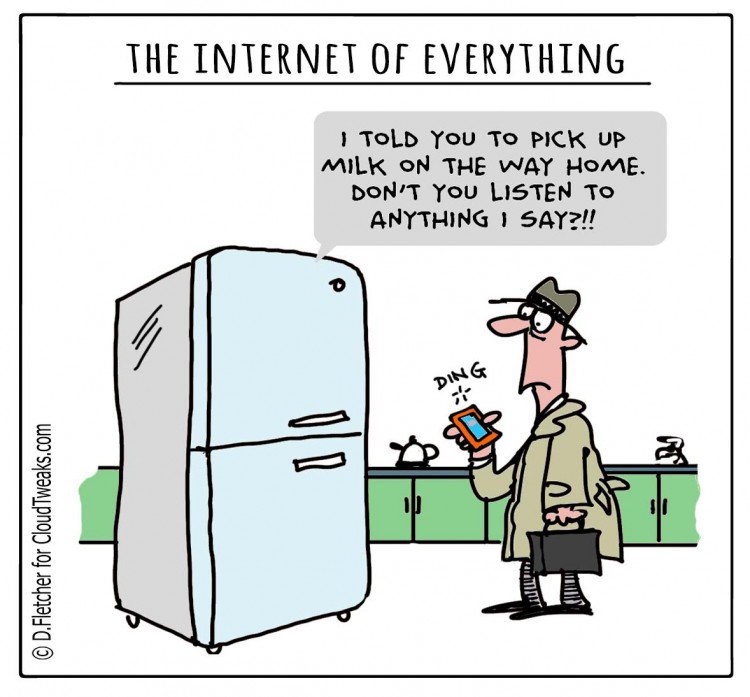 Business email compromise: The odds of being a victim are increasing: Given the growth over the last few years in BEC and EAC fraud, businesses should educate employees about the risks involved and red flags of this activity. CSO, July 19, 2019

Another story of the consequences of failing to patch and update. 62 colleges all breached because they failed to update their systems. Sad: Hackers have breached the systems of 62 colleges and universities by exploiting a vulnerability in an enterprise resource planning (ERP) web app, the US Department of Education said in a security alert sent out this week. ZDNet, July 19, 2019

CCPA is Elevating the Stakes Around Cyber Insurance Blind Spots: The California Consumer Privacy Act will go into effect in January, but if you’re thinking about waiting until Thanksgiving to make the necessary adjustments to your insurance coverage, think again. Law.com, July 19, 2019

How to reverse the cybersecurity staffing shortage: 5 tips: CISOs must change the ways they recruit, train, and retain cybersecurity professionals, according to Forrester. TechRepublic, July 19, 2019

FaceApp Makes Today’s Privacy Laws Look Antiquated: Cameras are everywhere, and data brokers are vacuuming up information on individuals. But regulations have not kept pace. The Atlantic, July 20, 2019

FaceApp Shows We Care About Privacy but Don’t Understand It: FaceApp, a mobile face-editing application, has all the necessary components for a viral privacy scandal: a catchy concept, celebrity users, a mysterious company and a stampede of public interest. The New York Times, July 18, 2019

Private Surveillance Is a Lethal Weapon Anybody Can Buy: The plan was simple: Give the government of Uzbekistan the ability to monitor everyone’s communications. The New York Times, July 19, 2019

Facial Recognition Tech Is Growing Stronger, Thanks to Your Face: SAN FRANCISCO — Dozens of databases of people’s faces are being compiled without their knowledge by companies and researchers, with many of the images then being shared around the world, in what has become a vast ecosystem fueling the spread of facial recognition technology. The New York Times, July 13, 2019

QuickBooks Cloud Hosting Firm iNSYNQ Hit in Ransomware Attack: Cloud hosting provider iNSYNQ says it is trying to recover from a ransomware attack that shut down its network and has left customers unable to access their accounting data for the past three days. Unfortunately for iNSYNQ, the company appears to be turning a deaf ear to the increasingly anxious cries from its users for more information about the incident. KrebsOnSecurity, July 19, 2019

5 Million Bulgarians Have Their Personal Data Stolen in Hack: An investigation into the theft of the personal information of nearly every adult in Bulgaria led to the arrest of a 20-year-old computer programmer, the police announced Wednesday, in connection with a breach that underscores the vulnerability of vast troves of digitized information. The New York Times, July 17, 2019

Equifax will pay $700 million for data breach, report says: Equifax is reportedly close to reaching a $700 million settlement with the US Federal Trade Commission and other government agencies over its massive data breach in 2017. The money would also go towards resolving a consumer class-action lawsuit against the company, The Wall Street Journal reported Friday afternoon. Cnet, July 19, 2019

Party Like a Russian, Carder’s Edition: KrebsOnSecurity has seen some creative yet truly bizarre ads for dodgy services in the cybercrime underground, but the following animated advertisement for a popular credit card fraud shop likely takes the cake. KrebsOnSecurity, July 17, 2019

Meet the World’s Biggest ‘Bulletproof’ Hoster: For at least the past decade, a computer crook variously known as “Yalishanda,” “Downlow” and “Stas_vl” has run one of the most popular “bulletproof” Web hosting services catering to a vast array of phishing sites, cybercrime forums and malware download servers. What follows are a series of clues that point to the likely real-life identity of a Russian man who appears responsible for enabling a ridiculous amount of cybercriminal activity on the Internet today. KrebsOnSecurity, July 16, 2019

Is ‘REvil’ the New GandCrab Ransomware?: The cybercriminals behind the GandCrab ransomware-as-a-service (RaaS) offering recently announced they were closing up shop and retiring after having allegedly earned more than $2 billion in extortion payments from victims. But a growing body of evidence suggests the GandCrab team have instead quietly regrouped behind a more exclusive and advanced ransomware program known variously as “REvil,” “Sodin,” and “Sodinokibi.” KrebsOnSecurity, July 15, 2019

How Cyber Weapons Are Changing the Landscape of Modern Warfare: In the weeks before two Japanese and Norwegian oil tankers were attacked, on June 13th, in the Gulf of Oman—acts which the United States attributes to Iran—American military strategists were planning a cyberattack on critical parts of that country’s digital infrastructure. According to an officer involved, who asked to remain anonymous, as Iran ramped up its attacks on ships carrying oil through the Persian Gulf—four tankers had been mined in May—and the rhetoric of the national-security adviser, John Bolton, became increasingly bellicose, there was a request from the Joint Chiefs of Staff to “spin up cyber teams.” On June 20th, hours after a Global Hawk surveillance drone, costing more than a hundred million dollars, was destroyed over the Strait of Hormuz by an Iranian surface-to-air missile, the United States launched a cyberattack aimed at disabling Iran’s maritime operations. Then, in a notable departure from previous Administrations’ policies, U.S. government officials, through leaks that appear to have been strategic, alerted the world, in broad terms, to what the Americans had done. The New Yorker, July 18, 2019

AP Reports Majority of New Election Systems Run on Outdated End-of-Life Windows 7: Pennsylvania’s message was clear: The state was taking a big step to keep its elections from being hacked in 2020. Last April, its top election official told counties they had to update their systems. So far, nearly 60% have taken action, with $14.15 million of mostly federal funds helping counties buy brand-new electoral systems. AP, July 13, 2019

‘We’re Almost Extinct’: China’s Investigative Journalists Are Silenced Under Xi: BEIJING — She was once one of China’s most feared journalists, roaming the country uncovering stories about police brutality, wrongful convictions and environmental disasters. But these days, Zhang Wenmin struggles to be heard. The New York Times, July 12, 2019