Android Apps Are Collecting User Data Even After Being Denied Permission: Over 1,000 Android apps are harvesting your data without permission. TechWorm, July 11, 2019

Synthetic identity theft is the fastest-growing financial crime in the U.S.: A new kind of identity theft that combines stolen personal data with fabricated information is on the rise, and it’s helping more digital thieves ruin Americans’ credit without fear of detection, according to a new white paper from the U.S. Federal Reserve. CyberScoop, July 10, 2019

Mozilla Patches a 17-Year Old Flaw And Other Bugs With The Release Of Firefox 68: Mozilla Firefox users once again have to update their systems to the latest browser version. This week, carrying major security updates, Mozilla has rolled out their Firefox 68 browser version. This version not only brings security fixes but also blocks cryptominers and fingerprinters. Latest Hacking News, July 11, 2019

Patch Tuesday Lowdown, July 2019 Edition: Microsoft today released software updates to plug almost 80 security holes in its Windows operating systems and related software. Among them are fixes for two zero-day flaws that are actively being exploited in the wild, and patches to quash four other bugs that were publicly detailed prior to today, potentially giving attackers a head start in working out how to use them for nefarious purposes. KrebsOnSecurity, July 9, 2019

How to tell if any of your website passwords may have been hacked: If you’re worried a password you use to log in to a site was leaked during a data breach, read about two websites and a Chrome extension that can alert you if this happens. TechRepublic, July 12, 2019

AN AMAZON PHISHING SCAM HITS JUST IN TIME FOR PRIME DAY: NEXT WEEK, AMAZON will celebrate Prime Day, a bacchanal of modestly discounted ephemera. But amid the flurry of cheap TVs and ebooks and what else, maybe Instant Pots? Watch out for this clever phishing campaign that might hit your inbox. Wired, July 12, 2019

Who’s Behind the GandCrab Ransomware?: The crooks behind an affiliate program that paid cybercriminals to install the destructive and wildly successful GandCrab ransomware strain announced on May 31, 2019 they were terminating the program after allegedly having earned more than $2 billion in extortion payouts from victims. What follows is a deep dive into who may be responsible for recruiting new members to help spread the contagion. KrebsOnSecurity, July 8, 2019 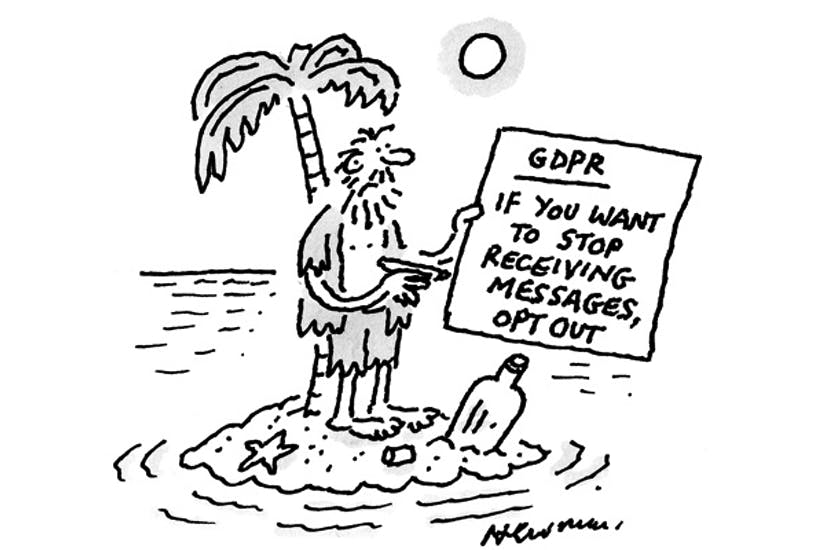 Cybersecurity is a team sport: If you are employed in cybersecurity, you’ve likely read an editorial telling you that the industry is broken. “Microsoft needs to get serious about cybersecurity,” the writer opines. “Apple needs to get its act together,” says another. “The real problem,” yet another voice says, “is that developers across the entire industry don’t pay attention to basic security protocols.” VentureBeat, July 10, 2019

How To Reinforce Your Cybersecurity Strategy: We live in an information and data-led world, and cybersecurity must remain top-of-mind for any organization looking to both protect business operation critical assets. SecurityInformed, July 10, 2019

Cybersecurity: Malware lingers in SMBs for an average of 800 days before discovery: Small and medium-sized businesses lack the IT staff needed to run comprehensive security detection and response, according to Infocyte. TechRepublic, July 11, 2019

Inside the NIST team working to make cybersecurity more user-friendly: Cybersecurity is usually not a user’s primary duty, yet they suffer an increasing burden to respond to security warnings, maintain many complex passwords, and make security decisions for which they are not equipped. HelpNetSecurity, July 11, 2019

I’m a hacker, and here’s how your social media posts help me break into your company: Stephanie “Snow” Carruthers, the chief people hacker at IBM X-Force Red, shows exactly how easily your innocent shares can give hackers the keys to your company’s kingdom of data. Wired, July 10, 2019

THE WINDOW TO REIN IN FACIAL RECOGNITION IS CLOSING: IN THE WAKE of jarring revelations about how United States law enforcement agencies have deployed facial recognition, Congress seemed, for a moment, galvanized to act. Based on a Homeland Security Committee hearing in the House Wednesday, that moment appears to be fading—as hundreds of local, state, and federal law enforcement officials continue to amass and access the controversial data every day. Wired, July 10, 2019

FBI, ICE find state driver’s license photos are a gold mine for facial-recognition searches: A cache of records shared with The Washington Post reveals that agents are scanning millions of Americans’ faces without their knowledge or consent. The Washington Post, July 7, 2019

FEC: Campaigns Can Use Discounted Cybersecurity Services: The U.S. Federal Election Commission (FEC) said today political campaigns can accept discounted cybersecurity services from companies without running afoul of existing campaign finance laws, provided those companies already do the same for other non-political entities. The decision comes amid much jostling on Capitol Hill over election security at the state level, and fresh warnings from U.S. intelligence agencies about impending cyber attacks targeting candidates in the lead up to the 2020 election. KrebsOnSecurity, July 11, 2019

Mayors pass resolution against paying ransomware ransoms | StateScoop … The U.S. Conference of Mayors passed a resolution uniting its membership against paying ransoms to cyberattackers. But will it help?: Baltimore Mayor Jack Young announced on Wednesday that the U.S. Conference of Mayors has passed a resolution calling on cities not to pay ransom to hackers who have taken over government computer systems through cyberattacks. StateScoop, July 10, 2019

A City Paid a Hefty Ransom to Hackers. But Its Pains Are Far From Over: LAKE CITY, Fla. — Audrey Sikes, city clerk of Lake City, Fla., has a thing for documents: She does not like losing them. The New York Times, July 7, 2019

Facebook stock rises on rumors of $5 billion fine: The Federal Trade Commission has approved a $5 billion privacy settlement with Facebook (FB), major news outlets reported on Friday. The news hit near the end of stock market trading and lifted FB stock further into a buy zone. The deal, which still reportedly needs final approval from the Justice Department, reduces regulatory uncertainty for Facebook, which has faced calls for a breakup. Investors Business Daily, July 12, 2019

The $5 billion fine Facebook expects to pay the FTC is a joke — on all of us: Facebook appears to be on the verge of making one of its biggest legal problems go away for what to it is little more than chump change. Business Insider, April 25, 2019