ROBOCALLS ARE GETTING WORSE — HOW DO WE STOP THEM?: If it seems like robocalls are getting worse, it’s not simply your imagination. Over 48 billion robocalls were placed in the US last year, which is 46 percent more than just a year earlier. The US agency in charge of protecting consumers from communications scams, the Federal Communications Commission, anticipates more than half of all calls placed this year will be robocalls. Lawmakers on both sides of the aisle are rushing to push legislation to fix the growing problem. TheVerge, May3, 2019

Alexa, stop recording me: Bill would limit eavesdropping by smart speaker makers: Alexa is apparently listening a little too closely for some people’s comfort. It was recently revealed that Amazon employees can listen to recordings from owners of Alexa devices. Now, California wants to take action to limit that type of intrusion. DigitalTrends, May 3, 2019

FCC warns of ‘One Ring’ robocall scam: What to know: The Federal Communications Commission (FCC) is warning consumers about a new robocall scam that prompts an expensive call back. ClickOnDetroit, May 3, 2019

Buying Real Estate? Are your broker and escrow company cybersecurity weaknesses putting you in jeopardy of #BEC #Cyberfraud: Real-estate companies are the current lowest-hanging digital fruit for cybercriminals. “Gone are the days when hackers would only target retailers,” writes security analyst Robert Siciliano in his Finextra article The Top Cyber Security Threats to Real Estate Companies. “These days, bad guys target businesses in any industry, especially those that aren’t quite up on cyber security.” As to why there’s a lack of cybersecurity in the real-estate profession, Siciliano offers the following reason: TechRepublic, April 29, 2019

D-Link Cloud Camera Flaw Gives Hackers Access to Video Stream: Researchers warn customers to reconsider the use of the camera’s remote access feature if the device is monitoring highly sensitive areas of their household or company. ThreatPost, May 2, 2019

If you’ve got a Dell computer, update Dell’s SupportAssist: Your new Windows laptop typically ships with an awful lot of bloatware you don’t need. Often, it’ll just slow down your computer a tad. But occasionally, a pre-installed piece of manufacturer cruft can pose a serious security risk — and that’s why you should probably update or uninstall Dell’s SupportAssist right away. The Verge, May 3, 2019 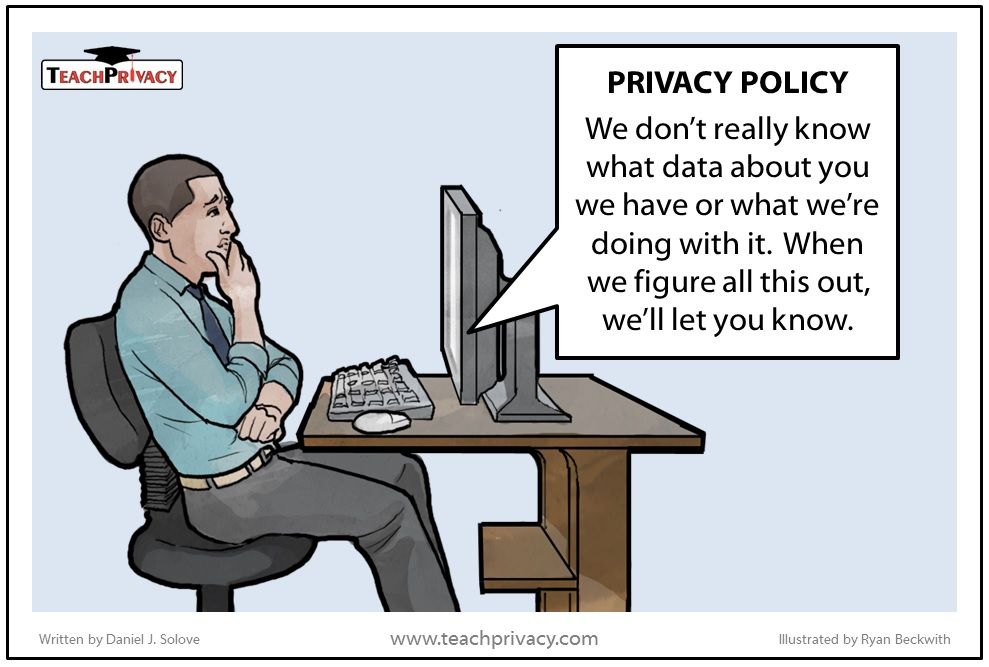 Does Customer Data Privacy Actually Matter? It Should: It’s only April and 2019 is already shaping up to be a banner year for the lack of data privacy. Not a day goes by where our mortgage information, our passwords, and even our old Hotmail emails aren’t wrapped up in some sort of security failure that flouts our digital privacy. Entrepreneur, May 2, 2019

Attackers Wiping GitHub and GitLab Repos, Leave Ransom Notes: Attackers are targeting GitHub, GitLab, and Bitbucket users, wiping code and commits from multiple repositories according to reports and leaving behind only a ransom note and a lot of questions. BleepingComputer, May 3, 2019

A MYSTERIOUS HACKER GROUP IS ON A SUPPLY CHAIN HIJACKING SPREE: A software supply chain attack represents one of the most insidious forms of hacking. By breaking into a developer’s network and hiding malicious code within apps and software updates that users trust, supply chain hijackers can smuggle their malware onto hundreds of thousands—or millions—of computers in a single operation, without the slightest sign of foul play. Now what appears to be a single group of hackers has managed that trick repeatedly, going on a devastating supply chain hacking spree—and becoming more advanced and stealthy as they go. Wired, May 3, 2019

Data: E-Retail Hacks More Lucrative Than Ever — Krebs on Security … “It’s not just large sites getting popped, it’s mostly small to mid-sized organizations that are being compromised for long periods of time”: For many years and until quite recently, credit card data stolen from online merchants has been worth far less in the cybercrime underground than cards pilfered from hacked brick-and-mortar stores. But new data suggests that over the past year, the economics of supply-and-demand have helped to double the average price fetched by card-not-present data, meaning cybercrooks now have far more incentive than ever to target e-commerce stores. KrebsOnSecurity, April 30, 2019

50,000 enterprise firms running SAP software vulnerable to attack: Up to 50,000 enterprises that have adopted SAP solutions may be susceptible to cyberattacks due to new exploits targeting configuration flaws in the software, researchers say. ZDNet, May 2, 2019

New study reconfirms what we’ve known for years: “The vast majority of successful attacks today are using known vulnerabilities in well-known software that have been patched already by software vendors.”: “For all the focus and investment in cybersecurity, the majority of businesses in the U.S. and U.K. are still leaving their doors wide open to attacks. Attacks that can potentially stop business operations for a few hours, and at their worst, wipe billions from the value of a company overnight.” So says a new cybersecurity survey conducted by endpoint management specialists 1E and technology market researchers Vanson Bourne, a survey that questioned 600 IT operations and IT security decision-makers across the U.S. and U.K., and found that 60% of the organizations had been breached in the last two years and 31% had been breached more than once. Forbes, May 2, 2019

New Changes to Password Change Recommendations—Making Frequent Password Changes a Thing of the Past: Users hate changing passwords. Passwords are hard to remember and you’re not supposed to write them down. That’s why it’s common to see both weak passwords — qwerty1234 and your dog’s name are a lot easier to remember than HGF45DEsre%$ — and the same passwords used on multiple different web-sites. This is why the National Institute of Standards and Technology (NIST) recently changed its recommendations for passwords to make frequent password changes a thing of the past. And last week Microsoft followed suit by changing their baseline password expiration policy. CitadelOnSecurity, Citadel Information Group, May 1, 2019

Why older employees are less likely to get tricked by phishing attacks: While Gen Zers think they won’t fall for phishing scams, most don’t even know what “phishing” means, according to a Google report. TechRepublic, May 3, 2019

Hacker takes over 29 IoT botnets controlled by other hackers. There is no honor among thieves: For the past few weeks, a threat actor who goes online by the name of “Subby” has taken over the IoT DDoS botnets of 29 other hackers, ZDNet has learned. ZDNet, May 3, 2019

Who’s Behind the RevCode WebMonitor RAT?: The owner of a Swedish company behind a popular remote administration tool (RAT) implicated in thousands of malware attacks shares the same name as a Swedish man who pleaded guilty in 2015 to co-creating the Blackshades RAT, a similar product that was used to infect more than half a million computers with malware, KrebsOnSecurity has learned. KrebsOnSecurity, May 2, 2019

It is getting harder than ever for VPNs to break through the Great Firewall of China: The censorial Great Firewall of China is famed throughout the world for the restrictions it places on Chinese citizens. Internet users play a game of cat and mouse, seeking tools and methods for slipping through the censoring and spying that the government enforces. betanews, May 3, 2019

The Cybersecurity 202: Iran’s the scariest cyber adversary, former NSA chief says: U.S. government officials are hyper-focused on the hacking threats from Russia and China right now, but it’s the threat from Iran that keeps former NSA director Keith Alexander up at night. The Washington Post, May 3, 2019