If We Care So Much About What Google Knows, Why Do We Keep Telling It Everything?: At first blush, it seems safe to say that most of us harbor inconsistent — if not neurotically contradictory — notions about our personal privacy. The New York Times, May 17, 2019

7 Simple Ways to Protect Your Digital Privacy: You’ve heard about plenty of privacy risks. Here’s what to do next. The New York Times, May 6, 2019

Microsoft Patches ‘Wormable’ Flaw in Windows XP, 7 and Windows 2003: Microsoft today is taking the unusual step of releasing security updates for unsupported but still widely-used Windows operating systems like XP and Windows 2003, citing the discovery of a “wormable” flaw that the company says could be used to fuel a fast-moving malware threat like the WannaCry ransomware attacks of 2017. KrebsOnSecurity, May 14, 2019

WhatsApp patches security flaw that allows attackers to deliver malware through calls: WhatsApp is urging its 1.5 billion users to update their app after the company detected sophisticated hacking attempts that might have targeted human rights activists. The Washington Post, May 14, 2019 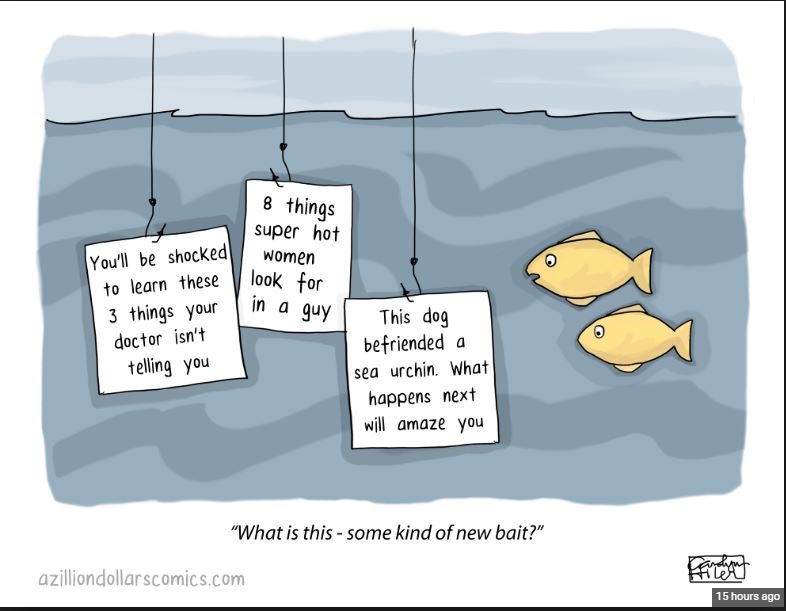 What differentiates the strongest cybersecurity programs from the rest: Financial institutions spend an average of around $2,300 per full-time employee on cybersecurity annually, reveals a survey released by Deloitte and the Financial Services Information Sharing and Analysis Center (FS-ISAC). HelpNetSecurity, May 6, 2019

Why the CISO should report direct to the CEO: If businesses want to take cybersecurity seriously, security officers need a seat in the boardroom. TechHQ, March 13, 2019

The Data Problem in Security: CISOs must consider reputation, resiliency, and regulatory impact to establish their organization’s guidelines around what data matters most. DarkReading, May 16, 2019

CISOs: What would you do over?: Just after the new year I was catching up with a CISO over lunch in Pike Place Market in Seattle. We were reminiscing about how tough it is to get a security program up and running in the beginning. Pausing to dip his taco in the excellent house salsa, he commented, “Y’know, if I had to do it all over again…” and he proceeded to tell me a story. My brain twitched with possibilities—here was a great question to ask CISOs and share with the community. HelpNetSecurity, May 16, 2019

Executives Likely to Be Targeted for Cybercrime, says Verizon Breach Report. Cybercriminals are finding it more lucrative to scam executives and get money through business email compromise scams: Executives of corporations are increasingly being targeted by cybercriminals because of their access to data and ability to engage in social engineering, according to the 2019 Verizon Data Breach Report published last week. Corporate Counsel, May 13, 2019

Mobile Risks Boom in a Post-Perimeter World: The bloom is on mobile, whether it be the enterprise, employees or the cybercriminals plotting new ways to slip past a corporate defenses in a post-parameter world. ThreatPost, May 16, 2019

Why cybersecurity pros want to share information to combat threats: Security professionals are willing to share intel with their peers and the government if such sharing improved their ability to detect cyber threats, according to an IronNet survey. TechRepublic, May 15, 2019

Security Awareness Training Should Always Lead to Changes in Behavior: When striving for success, you must have a definite purpose — something that stands above everything else in terms of getting results. As it relates to information security and, specifically, user awareness and training, what’s the main goal? SecurityIntelligence, May 14, 2019

Forbes Becomes Latest Victim of Magecart Payment Card Skimmer: The web skimming script was recently found stealing payment data on the websites of Forbes Magazine as well as seven others. ThreatPost, May 16, 2019

Ransomware Is Putting a Damper on Our Smart City Future: Last month, we found out that hackers took down a county government in California. Around the same time, a city in Maine lost control of all its data. These followed New York state’s capital, Albany, admitting that hackers had crippled the city’s technology operations, which means just about everything important in the city was taken down. And just last week, Baltimore was hit by a successful ransomware attack that demanded 13 bitcoin to decrypt city files that were being held hostage. Gizmodo, May 14, 2019

Chinese cyberspies breached TeamViewer in 2016. TeamViewer said it detected and stopped the attack before hackers could do any damage. Der Spiegel – who broke the story – says otherwise: Chinese state-sponsored hackers breached German software maker TeamViewer in 2016, the company confirmed today to ZDNet after a report by German newspaper Der Spiegel. ZDNet, May 17, 2019

Russian Hackers Claim to Have Breached Major Anti-Malware Vendors. Is the Claim Real? How Big Is the Threat?: A group of skilled Russian hackers with a history of infiltrating high-profile targets claim to have stolen the source code used by three major anti-malware vendors based in the United States. Much about this story has yet to be verified, but if true it could force numerous businesses to overhaul their cyber security systems. CPO, May 16, 2019

Analysis of ransomware used in Baltimore attack indicates hackers had ‘unfettered access’ to city computers: Officials in the eastern North Carolina city of Greenville arrived to work one morning in early April to find the files on some 800 of their computers locked up. Baltimore Sun, May 17, 2019

What Colorado learned from treating a cyberattack like a disaster: The Colorado Department of Transportation joined the ranks of dozens of other U.S. government entities affected by the SamSam ransomware virus when it was infected with the malware in February 2018. While the incident was costly — nearly 2,000 computers, servers and network devices were encrypted, while the state spent about $1.5 million to undo the damage after refusing to pay the ransom — Colorado also created a new model for state and local governments dealing with cyberattacks in handling it like it would a natural disaster. StateScoop, May 15, 2019

The Cybersecurity 202: Florida lawmakers rail against FBI for secrecy on voter breaches: Florida lawmakers are railing against the FBI for taking more than two years to acknowledge Russian hackers penetrated some of the state’s voter files — and for remaining mum about which voters were affected. The Washington Post, May 17, 2019

F.B.I. to Florida Lawmakers: You Were Hacked by Russians, but Don’t Tell Voters: MIAMI — The governor knows. The state’s congressional delegation knows. The F.B.I. knows. The Russian hackers certainly must know. The New York Times, May 16, 2019

When Cybersecurity And Trade Wars Collide: Cybersecurity experts have long warned about the potential for foreign intrusion through weak points in the nation’s supply chain. Forbes, May 16, 2019

The Cybersecurity 202: Trump officials and lawmakers say China is the problem not Huawei: Trump administration officials have warned for months that Huawei’s global expansion into next-generation 5G wireless networks would amplify the threat of Chinese digital spying. The Washington Post, May 16, 2019

Hacking gang indicted. Alleged to have stolen millions in cryptocurrency via SIM swaps: Six people have been indicted for allegedly being SIM card swappers who stole victims’ identities and their cryptocurrency, and three mobile phone company employees have been indicted for allegedly accepting bribes to help them steal subscribers’ identities. NakedSecurity, May 17, 2019

Feds Target $100M ‘GozNym’ Cybercrime Network: Law enforcement agencies in the United States and Europe today unsealed charges against 11 alleged members of the GozNym malware network, an international cybercriminal syndicate suspected of stealing $100 million from more than 41,000 victims with the help of a stealthy banking trojan by the same name. KrebsOnSecurity, May 16, 2019

Tracking Phones, Google Is a Dragnet for the Police: #CyberPrivacy: The tech giant records people’s locations worldwide. Now, investigators are using it to find suspects and witnesses near crimes, running the risk of snaring the innocent. The New York Times, April 13, 2019